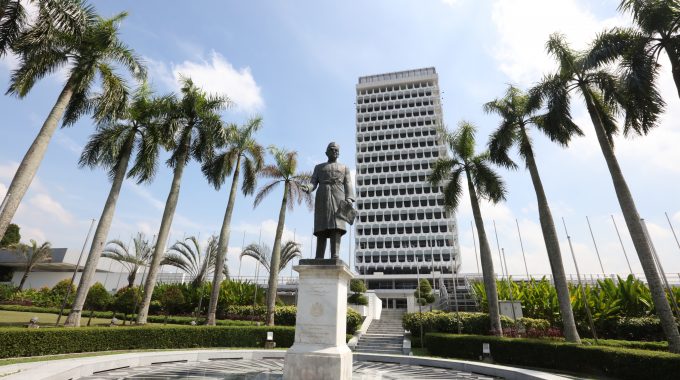 We are deeply concerned that there will be no debate in the upcoming one-day Parliamentary session. This decision, coupled with the delay in Parliament fully convening until July, prevents Parliament from carrying out its role of debate, scrutiny, and legislative action in support of a transparent and accountable government.

With this, there will be no critical evaluation of the government’s pandemic response, and no measures introduced to address gender inequalities that have been amplified by the current crisis.

Gender inequalities have been exacerbated by COVID-19 in a number of ways, including a disproportionate economic impact of the crisis on women, an increase in the unpaid care burden on women, an increase in gender-based violence, and the reallocation of resources away from healthcare services serving the specific needs of women and girls. Addressing these inequalities requires action by Parliament.

The pandemic has created a disproportionate economic impact on women. Women are more often employed in vulnerable employment – including as unpaid family workers, informal workers, and self-employed workers – and faced with income insecurity. The government’s stimulus package needs to be scrutinised to ensure women have benefited equally from it.

Care responsibilities also fall disproportionately on women. As businesses attempt to ‘return to normal’ while schools and care centres remain closed (or at lower capacity), will women be adequately supported to return to work without facing discrimination?

These issues could be alleviated in part through amendments to the Employment Act, which are already slated to include anti-discrimination provisions as well as paternity leave, the current lack of which exacerbates the care burden placed on mothers. We repeat our call for the immediate inclusion of seven days of paternity leave in the Employment Act, while working towards increasing this benefit in the future.

Given the additional challenges presented by the pandemic, Parliament should also consider including additional provisions in the Employment Act, such as the provision of flexible working hours and family-friendly facilities by companies above a certain size, as these could help curb the potential rise in employment discrimination faced by women.

In addition to other issues exacerbated by COVID-19, women inside and outside the workplace continue to deal with sexual harassment, which must be comprehensively addressed through legislation.

Besides the physical and mental toll sexual harassment takes, it can also have significant financial repercussions, such as when it forces survivors out of the workplace or university.

Parliament must act quickly to debate and pass the Sexual Harassment Bill, which the previous Minister of Women, Family and Community Development Datuk Seri Dr. Wan Azizah Ismail, had announced would be tabled in March.

There has also been a marked rise in gender-based violence since the start of the pandemic, as the MCO necessary to control the spread of COVID-19 resulted in survivors being isolated at home with their abusers.

While enhanced enforcement of existing laws is key to addressing gender-based violence, we must simultaneously continue to improve the legal framework for preventing and responding to such violence, including through the introduction of anti-stalking laws, which were also scheduled to be tabled in Parliament in March.

Anti-stalking laws would help protect survivors–including of sexual harassment and domestic violence, both of which can include elements of stalking–and stop stalking from escalating into further violent crimes.

In addition to taking legislative action to address gender inequalities exacerbated by the pandemic, Parliament must also carry out its role of providing crucial scrutiny of the government’s response, which not only serves as a necessary check and balance, but can ensure that actions taken are being evaluated with a gender lens.

For example, during the pandemic there has been a reallocation of resources away from healthcare serving the specific needs of women and girls, as exemplified by the closure of National Population and Family Development Board (LPPKN) clinics during the MCO, a move which will hinder women’s access to contraception. This is especially concerning, as an unintended pregnancy during the current crisis can result in distress and financial hardship for women and their families.

It is Parliament’s fundamental role to provide scrutiny of the government’s decisions, and to challenge decisions it does not believe to be in the best interests of the people.

Just as government agencies and the private sector alike have shifted towards working virtually, provisions should immediately be made for Parliament to carry out its functions remotely, as has been done in many other countries around the world. During this pandemic, rather than hindering Parliament from functioning independently as it is intended to, the government must ensure that Parliament is playing its critical role in the response to COVID-19, and in working towards recovery and a better future for Malaysia after the crisis.

This is not about politics, but about the integrity of our institutions and ensuring that our government is working for the people.