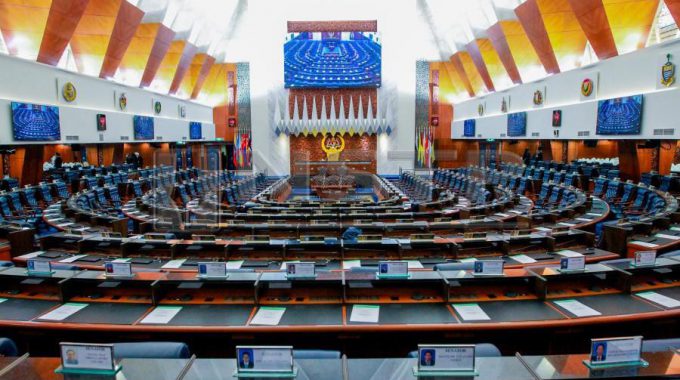 Following the change of Federal Government, the existing Parliamentary Select Committees were dissolved, including the Gender Equality and Women’s Empowerment Select Committee. We were disappointed to learn that a gender or women’s committee was not among the new committees proposed to be formed, following the dissolution of the old committees.

This is one step towards ensuring that the system and laws that protect the rights and dignity of women are upheld through Parliamentary reforms.

Moving forward, we propose to the Members of Parliament who will be members of this Committee some legal reforms to prioritise;

Sexual harassment can affect women’s economic empowerment in a multitude of ways, from adversely impacting their employment status or selection for a promotion; to hindering their education and social life. According to a 2019 study by YouGov, 36% of women and 17% of men in Malaysia have experienced sexual harassment.

The Sexual Harassment Bill which is slated to be tabled in Parliament later this year is a critical measure towards addressing sexual harassment that occurs in any context, ensuring survivors have access to redress, and driving organisations to take a more proactive stance towards preventing sexual harassment and countering its normalisation in our society.

Stalking is currently not a crime in Malaysia, which means that if someone were to repeatedly contact you, follow you, or show up at places you frequent — classic forms of stalking — there is little that the authorities can do.

Researchers at the University of Toronto found that stalking can lead to a host of mental health consequences, including anxiety, depression, and symptoms of posttraumatic stress disorder. Stalking can also escalate into more severe forms of violence–in Canada and the United States, 90 percent of women who were murdered by their partners had been stalked.

The anti-stalking laws would protect against both offline and online stalking and harassment, including various forms of gender-based cyberviolence like harassment, spying, and doxing – and would also make available protection orders for survivors.

The amendments to the Employment Act that the Ministry of Human Resources has committed to tabling in Parliament this year include the introduction of three days of paternity leave, the extension of paid maternity leave to 90 days, the ability to request flexible working hours, and the introduction of anti-discrimination protections for employees on the basis of gender, race, disability and religion.

WAO has urged the government to introduce at least seven days of paid paternity leave for fathers working in the private sector, as three days is simply not enough. Seven days of paid paternity leave would send the message that caregiving is a shared responsibility, enable fathers to play a more active role when their child is born, and has also been found to reduce the gender wage gap within households.

Additionally, the proposed anti-discrimination provisions must be extended to job seekers. So far, the Ministry of Human Resources has no plans to protect job seekers in the Employment Act, although this proposal is supported by various parties including trade unions, NGOs, SUHAKAM, lawyers including the former chairman of the Bar Council, and others. In the aftermath of the COVID-19 pandemic, women are increasingly burdened with unpaid care work and forced to further juggle personal and professional responsibilities. Without protections for job seekers against discrimination based on gender and pregnancy, it is likely that many women who are seeking employment will be excluded from the workforce.

The Gender Equality Act was also in the process of being drafted by the government, together with NGOs. The Gender Equality Act would comprehensively protect women from discrimination — not just in the workplace but in public space. It would also mandate the government to take proactive steps to accelerate gender equality. This enactment should not be delayed further if we want to create a Malaysia where women are able to grow and continue to progress.

The formation of the eight Select Committees is a positive step in reforming Parliament. It is hoped that the functions of the committees set up can be implemented effectively to improve policymaking and ultimately benefits Malaysians especially women and children.

Lastly, we urge the Dewan Rakyat to form all Select Committees as soon as possible, at the next Dewan Rakyat Session which starts in November 2020.