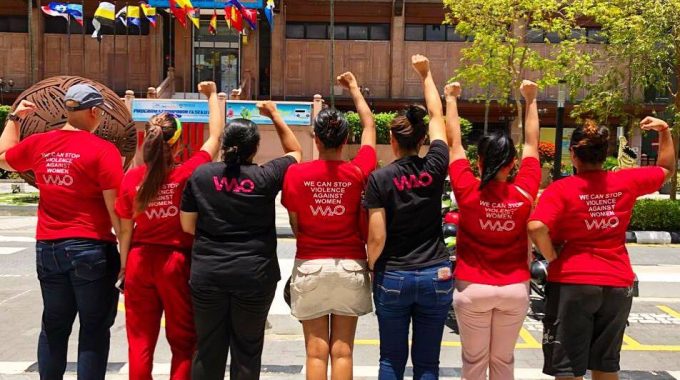 Before the political upheaval, there had been steady progress towards reforms to improve women’s rights. Many of these reforms were close to being tabled in Parliament—and would have improved the lives of millions of women in Malaysia. Here are five examples of these reforms:

The Sexual Harassment Act was slated to be tabled in Parliament this month, which would have addressed a pressing and prevalent problem. About 28 % of Malaysians surveyed have experienced sexual harassment, according to a 2019 YouGov survey. Many victims, however, cannot get redress, as existing laws are simply inadequate.

One key feature of the Sexual Harassment Act is that it would introduce a specialised Sexual Harassment Tribunal. This Tribunal would allow victims to seek redress, without going through a lengthy, costly process.

Additionally, the Act would cover sexual harassment not just in the workplace, but also in other places. According to the YouGov survey, the top places where sexual harassment happens are public places, followed by offices, public transportation, and schools or universities. This is why we need a comprehensive Sexual Harassment Act.

Anti-stalking laws were also scheduled to be tabled in Parliament this month. Stalking is currently not a crime in Malaysia, which means that if someone were to repeatedly follow you, contact you, or show up at places that you typically frequent—classic forms of stalking—there is little that the authorities can do.

As a result, victims of stalking live in fear. They have to constantly look over their shoulder because they do not know when the stalker may strike next. This hypervigilance disrupts their lives, and some victims even have had to change jobs and move houses.

Stalking also often escalates to more violent crimes—including murder. In Canada and the United States, 90 % of women who were murdered by their partners had been stalked.

This is why we must nip stalking in the bud by enacting anti-stalking laws. This would protect victims—and potentially save thousands of lives.

Last year, the former Human Resources Minister committed to bringing a proposal for seven days of paternity leave to Cabinet for discussion, and provisions on paternity leave were expected to be tabled in Parliament this year.

The introduction of paternity leave sends the message that parenting is a shared responsibility. And such changes in social norms would help women to stay in the workforce.

The Khazanah Research Institute estimates that over 2,563,800 women in Malaysia are not working due to “housework or family responsibilities”, compared to just 69,800 men. And if we were to remove all economic barriers for women, Malaysia’s income per capita could increase by 26.2 %, according to the World Bank.

4. Protection against Discrimination in the Workplace

A WAO survey, for example, shows that over 40 % of pregnant women surveyed had faced discrimination in the workplace—they were made redundant, denied promotions, placed on prolonged probations, demoted, and terminated.

Additionally, there have been cases where hotels had banned frontline staff from wearing the tudung.

One of the proposed Employment Act amendments, which was scheduled to be tabled this year, was the introduction of anti-discrimination provisions. These landmark provisions would have provided victims of discrimination an avenue for redress.

The slated reforms above were the fruit of years of activism. But these reforms now hang in the balance. We must ensure that they are not derailed—if we are to create a Malaysia where women can thrive and flourish.

Tabling of Law to #MakeStalkingACrime Welcomed