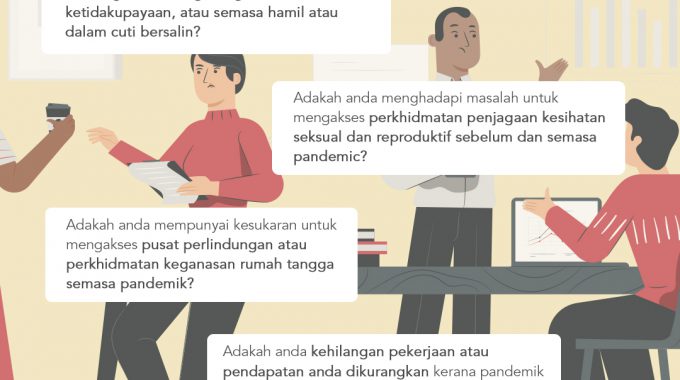 In September 2018, the Ministry of Human Resources proposed amending the Employment Act to protect job seekers and employees from discrimination – on the basis of gender, religion, race, disability, marital status, pregnancy and language.

However, in August 2019 the Ministry said it planned to exclude job seekers from the anti-discrimination provisions. This means that individuals who experience discrimination during recruitment will remain unprotected.

Additionally, the Ministry also confirmed that the proposed anti-discrimination provisions would include gender, race, and religion as protected grounds – but not disability status.

Discrimintion against job seekers is rampant

In a recent survey of 1,010 Malaysian women, conducted by Women’s Aid Organisation (WAO) and Vase.ai:

If we extend anti-discrimination protections to job seekers, we would help create a more equal and robust workforce – by ensuring that qualified candidates are not excluded from job opportunities.

Many countries have laws protecting job seekers from discrimination. Among these are Japan, South Korea, Australia, the United States, Canada, and South Africa, which have employment laws that prohibit discrimination during both the recruitment process and employment.

In 2008, Malaysia passed the Persons with Disabilities Act. Despite this, persons with disabilities (PWDs) continue to face discrimination. According to SUHAKAM, the law lacks legal remedies and redress mechanisms for acts of discrimination against PWDs.

Protecting PWDs from discrimination in the Employment Act would help remedy some of the shortcomings in the Persons with Disabilities Act.

In 2010 Malaysia acceded to the UN Convention on the Rights of Persons with Disabilities (CRPD). CRPD requires countries to prohibit discrimination on the basis of disability in employment, including during recruitment and the course of employment.

Malaysia has done little to implement CRPD. By protecting against discrimination based on disability status in the Employment Act, Malaysia could take an important step towards its CRPD obligations.

There is significant public support to prohibit discrimination against job seekers

A survey of 1,027 Malaysians conducted by Vase.ai in collaboration with Undi18, Architects of Diversity, and WAO found:

The undersigned groups once again reiterate our support for amending the Employment Act to include protections against discrimination on the grounds of gender, race, religion, and disability status for both employees and job seekers, and urge the Ministry of Human Resources to table these amendments in Parliament in November 2020.