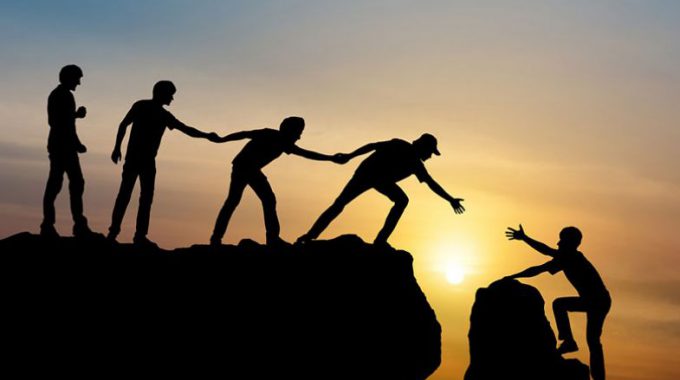 Women’s Aid Organisation (WAO) is alarmed by reports that the UN Refugee Agency (UNHCR) has not been allowed to visit immigration detention centres since 2019, as well as by the detention of women and children within these centres, including under conditions that violate their human rights and contribute to sexual and gender-based violence (SGBV).

According to recent reports, the government has refused entry to UNHCR into detention centres for more than one year. These visits are crucial to enable UNHCR to identify refugees, who should not be detained in detention centres. The inability of UNHCR to access these centres also results in the lack of any oversight over detention conditions.

WAO is also deeply concerned by the number of children who are in detention – 756 – according to the Minister of Home Affairs’ written reply to a question by Member of Parliament Wong Shu Qi. As the Dewan Rakyat Public Accounts Committee reported last week, these detention centres are “not suitable nor conducive” for children.

The government must act to comprehensively overhaul the legal framework around refugees and asylum-seekers–per the recommendation of the UN Committee on the Elimination of All Forms of Discrimination Against Women (CEDAW Committee)–including to establish alternatives to detention for women and children and, in the interim, to implement measures to mitigate the risks of SGBV.

In its 2018 Concluding Observations to Malaysia, the CEDAW Committee stated its concern that “…the lack of legal and administrative framework to protect and regularise the status of asylum-seekers and refugees in the State party exposes asylum-seeking and refugee women and girls to a range of human rights violations, including arbitrary arrest and detention, exploitation, sexual and gender- based violence, including in detention centres, as well as limited access to the formal labour market, public education, health, social services and legal assistance.”

General Recommendation 32 of the CEDAW Committee requires a gender sensitive approach to be implemented at every stage of the asylum process. This includes taking into account the specific needs of survivors of SGBV and vulnerable groups of women and girls, such as providing safe facilities and access to basic hygiene and healthcare needs. Based on information in reports of the Human Rights Commission of Malaysia (SUHAKAM), for refugees detained by the government, these standards are not being met, and girls in detention are at serious risk of SGBV.

Among the conditions in detention centres that contribute to the risk of SGBV for women and girls are a dearth of dedicated safe spaces for women and girls, including spaces for confidential interviews with service providers; a lack of psychosocial support; and a lack of translators, including female translators, which hinders access to help. Additionally, practical issues such as close quarters, insufficient numbers of beds, and a lack of separation between men and women increase the risk of SGBV. For boys, the risk of SGBV also arises as a result of the practice of boys over age 12 being detained with adult men.

When it comes to children, international human rights standards, including those articulated in the Convention on the Rights of the Child (the CRC)–to which Malaysia is a party–are unequivocal in acknowledging that detention must be a last-resort option and is a violation of children’s rights. The joint general comment of the CRC Committee and the Committee on the Protection of the Rights of All Migrant Workers and Members of Their Families makes clear that immigration detention, as well as acts to intercept refugees and asylum seekers, are a violation of children’s rights

Under the CRC, the government is obligated to ensure that a child who is a refugee receives protection and humanitarian assistance. Article 37 of the CRC states that arrest and detention of a child must be used only as a “measure of last resort and for the shortest appropriate period of time.” Additionally, Article 22 articulates the obligation to ensure that a child who is seeking refugee status or who is considered a refugee, whether unaccompanied or accompanied, receives appropriate protection and humanitarian assistance.

The CEDAW Committee too in its 2018 Concluding Observations to Malaysia recommended that the government, “Establish alternatives to detention for asylum-seeking and refugee women and girls, and in the meantime take concrete measures to ensure that detained women and girls…are protected from all forms of gender-based violence…”

Malaysia’s unwillingness to legally recognise refugees–and the subsequent lack of a comprehensive legal framework that acknowledges the basic human rights of refugees–results in countless violations of their rights.

In its 2018 Concluding Observations to Malaysia, the CEDAW Committee recommended to the Malaysian government to adopt national asylum and refugee procedures in conformity with international standards. This would include respecting the principle of non-refoulement (which prohibits any state from forcing refugees and asylum seekers to return to a country in which they may face persecution), as well as granting refugees the right to work; establishing alternatives to detention; and taking measures to prevent SGBV among refugee women and children.

Two years since these recommendations were made, no concrete steps have been taken towards their implementation and fulfilling our obligations under CEDAW. Last year, the government was expected to roll out a pilot project trialling an alternative to detention programme, which, if successful, could see hundreds of children moved out of immigration detention centres nationwide. However, this project has not yet been started.