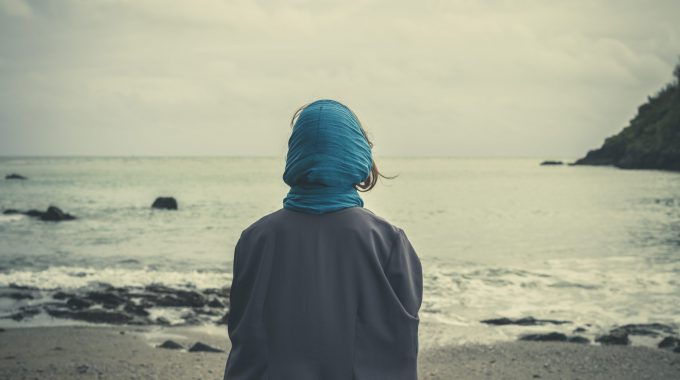 Refugee women in Malaysia are at significant risk of sexual and gender-based violence (SGBV) as a result of their lack of legal status in the country, the normalisation of violence within refugee communities, and the inaccessibility of protection and justice mechanisms, all of which are further exacerbated by xenophobia against refugees.

Drawing on the experiences of refugee women assisted by Women’s Aid Organisation (WAO), WAO’s latest policy brief, “Sexual and Gender-Based Violence Among Refugee Communities in Malaysia,” explores the prevalence of SGBV among refugee communities and the obstacles refugee women face in seeking help and accessing justice and protection.

Malaysia is not a signatory to the 1951 Refugee Convention and also lacks any kind of comprehensive framework for refugees and asylum seekers. Thus, refugees in Malaysia—including those registered with the UN Refugee Agency (UNHCR)—are considered illegal immigrants.

As a result of refugees’ lack of legal status in Malaysia–including the lack of the right to work–many refugees are pushed into the informal workforce and have no protections from abuse from their employers, such as inhumane working hours or the withholding of wages.

Refugee women are at particular risk of SGBV and sexual harassment at the hands of employers. Despite this, many refugee women fear reporting such violence and harassment to the police due to the risk of arrest and detention.

Additionally, the lack of legal recognition and the right to work also results in the economic dependence of refugee women on their partners, making them not only more vulnerable to domestic violence, but also making it harder for them to escape it.

Based on the experiences of refugee women shared with WAO, deep-rooted patriarchal attitudes, social norms, and practices also contribute to a culture where SGBV comes to be not only commonplace, but accepted.

Such cultural norms make it difficult for refugee women to seek help, since members of the community may normalise SGBV and discourage women from reporting it.

Not only are refugee women in Malaysia at increased risk of SGBV, but they simultaneously face multiple barriers in accessing protection and justice available under the law.

While in some cases, refugee women themselves may be reluctant to go to the police to report violence for fear of arrest or detention, in some instances when these women do go to report, their experience reinforces their fears.

In one case of a Rohingya woman whom WAO assisted in 2020, when she went to the police station to report SGBV, she was detained by the police on the basis of her immigration status and denied her right to lodge a report.

Other barriers to protection and justice faced by refugee women survivors of SGBV include the limited availability of shelters specialising in SGBV and which also accept non-citizens and do not require the filing of a police report for admission.

Language barriers also present an obstacle both in the context of crisis hotlines such as Talian Kasih, as well as within police stations, welfare offices, and the courts, adding additional layers of difficulty for refugee women trying to escape abusive situations.

Even at One Stop Crisis Centres (OSCCs), which aim to integrate SGBV survivors’ access to treatment and social support services as well as their ability to file a police report all under one roof, differing hospital guidelines results in inconsistent admission requirements.

For example, although making a police report is not a prerequisite to receiving medical support and services within OSCCs, some hospitals still impose such a requirement: in certain hospitals, survivors who refuse to lodge police reports are turned away or not seen by the doctor unless payment for medical services is made up-front.

Additionally, refugee women are subject to the substantially higher ‘foreigner’ rates for treatment. Although UNHCR and the Ministry of Health have an agreement to provide a 50% discount for registered refugees with a UNHCR card, these fees are still prohibitive to getting treatment for many refugee women, particularly when they lack the ability to work and are economically reliant on their abusive partners.

The higher risk of SGBV for refugee women and the obstacles to getting help are further exacerbated by a larger culture of xenophobia and intolerance towards refugees in Malaysia. Racist attitudes from police, politicians, and even ordinary citizens both in person and online create yet another barrier to refugee women seeking help for SGBV.

Overall, WAO’s policy brief makes 11 policy recommendations corresponding to the five areas above, including to implement a comprehensive legal framework for refugees and asylum seekers and grant them the right to work, which would simultaneously reduce the vulnerability of refugee women to SGBV and also help better integrate refugees into Malaysian society.

The full policy brief is available on WAO’s website at: https://wao.org.my/wp-content/uploads/2021/01/SGBV-Among-Refugee-Communities-in-Malaysia.pdf. WAO’s policy brief and work with SGBV survivors from refugee communities has been supported by UNHCR.