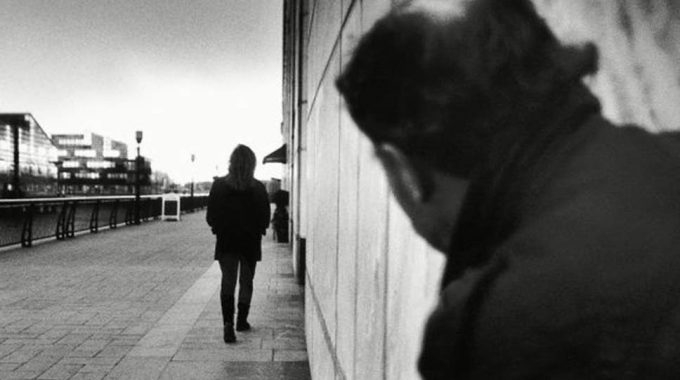 Women’s Aid Organisation (WAO) urges the government to uphold their commitment to making stalking a crime. We call on Minister for Women, Family and Community Development Datuk Seri Rina Harun, Law Minister Dato’ Takiyuddin Hassan, and the Prime Minister’s Office to take seriously the fatal and traumatic experiences of victims of stalking.

On the 14th of April, a woman was stabbed to death by a man believed to be her boyfriend. The victim had made numerous police reports about stalking incidents, including break-ins from the man in the past with the most recent occurring a month before her murder.

Clearly, very little was done to protect her. If stalking was a crime, the man would have been arrested; and the police would have helped the victim get a protection order. This could have saved her life. Unfortunately, the government has continued to delay this critical law reform.

This is not an isolated incident. In September 2020, a pregnant woman in Perak was molested by her stalker, who had rented a home in the same neighbourhood. In 2018, Devi Surdarsani was followed by two strangers for three hours after buying a drink at KK Mart. Despite informing the police, there was little done as there was no physical contact. In 2017, a man shot his ex-wife at her workplace, in broad daylight in a murder-suicide incident. The victim had changed jobs to protect herself against her stalker ex-husband.

The system has consistently failed women with its lack of protective measures against stalking. It is deeply concerning that many women are reluctant to report incidences as it is not an offence punishable by law. Instead, victims and survivors are left to live with the trauma and fear for their lives or are brutally murdered.

Stalking consists of harmful, obsessive behaviours that disrupt the lives of victims and causes extreme distress due to a lack of safety in public spaces. According to a survey by WAO involving 1,008 Malaysians, a third have experienced stalking that instilled fear; 17% have experienced stalking resulting in harm and 12% were stalked and threatened with harm. Over 70% of these incidences involve victims being approached at their homes, workplaces, or schools – in what are meant to be safe spaces. This is dangerous, invasive, and can result in sexual assault or murder.

Last year, an “Anti-Stalking Committee” comprising government agencies, WAO, and the Bar Council prepared a policy paper recommending stalking to be made a crime. A draft cabinet paper was prepared by the Legal Affairs Division of the Prime Minister’s Department (BHEUU). The reform has multi-partisan support.

All the work has been done, and all relevant stakeholders agree. Why is the government sitting on this life-saving reform?

In light of the increase of stalking related violence, WAO urges the ministry to expedite this process by amending the Penal Code and introducing restraining orders against stalkers in the Criminal Procedure Code. We urgently call for the criminalisation of stalking to protect lives from this invisible crime. In doing so, we can create a safer Malaysia for all.