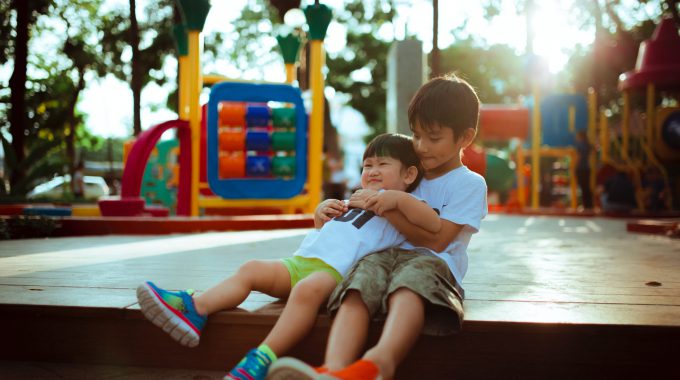 Representatives from Selangor-level government agencies from the health, criminal justice, women’s and children’s rights, and welfare realms came together today to launch the Integrated Safe Community Initiative, conceptualised by Women’s Aid Organisation (WAO). The initiative seeks to facilitate collaboration to mainstream an integrated, multi-stakeholder, approach towards building safe communities that are free from–or at a minimum, equipped to respond to and reduce–gender-based violence.

The Integrated Safe Community Initiative is grounded in WAO’s “safe community” model, which is a multisectoral and holistic approach to community engagement and gender-based violence prevention. The safe community model aims to help communities learn what domestic violence is, to identify its root causes and how it affects a community, and to understand just how critical it is for community members to take responsibility and not be mere bystanders.

The fulcrum of this multisectoral approach is the healthcare system, with communities placing significant trust in government hospitals and clinics in accessing support against violence, underscoring the need for a stronger healthcare system for the vulnerable, especially at-risk women. This is especially so since critical public health resources have been diverted to fighting the pandemic, reducing healthcare support for at-risk communities.

WAO’s role, as a national focal point on domestic violence, is to act as a facilitator of the inter-agency government collaboration, with the goal of establishing the most suitable approach to mainstreaming  existing government SOPs, particularly the Garispanduan Keganasan Rumah Tangga by the Ministry of Women, Family and Community Development (KPWKM), and the One Stop Crisis Centre (OSCC) and Suspected Child Abuse and Neglect (SCAN) systems both by the Ministry of Health.WAO’s strides forward in this  approach in Selangor, is made possible by the support of UNFPA Malaysia and the Selangor State government.

Today’s launch is a welcomed continuation from the Integrated Safe Communities programme kickstarted by the Selangor State government in 2019 together with WAO, where the focus was on Safe Community workshops in five districts of Selangor with local women, including community leaders and NGOs, to recognise, respond, and refer cases of violence against women and children on a grassroots level.

The Integrated Safe Community initiative builds on the successful multisectoral collaboration already seen in Selangor with the establishment of the state government task force by Y.B. Dr. Siti Mariah Mahmud. The task force, led by the state executive councilor on women and health, in collaboration with civil society groups, aimed at addressing issues arising during the Movement Control Order (MCO) period, including domestic violence and mental health issues.

With the sharp rise in domestic violence pursuant to the start of the MCO–with enquiries to WAO’s telephone and messaging hotline spiking to 3.4 times pre-MCO levels and more than half of these enquiries originating from Klang Valley–the Selangor state government task force was a timely intervention for at-risk women and children.

Today’s launch of the Integrated Safe Community Initiative builds on the successful working relationships established with the formation of the Selangor state task force.

The goal of the Integrated Safe Community Initiative is to bring forward the community voices and needs identified during the earlier Safe Community workshops to improve the response to violence against women and children. One of the methods for achieving this is to make existing government SOPs more accessible to all relevant stakeholders by converting them to downloadable materials to increase their understanding and use.

WAO hopes that this inter-agency government collaboration will foster integrated, survivor-centric, and accessible systems through mass outreach using memorable visual materials that combine the government’s networks and expertise with the locality’s community-based solutions and perspectives. The Integrated Safe Communities Initiative will begin with Kajang as a pilot for the sharing of good practices, with the goal of expanding to  all areas in Selangor.

The focus of today’s launch programme was on how the initiative could be upscaled to apply holistically through all government stakeholders–in tandem with community engagement and efforts to prevent domestic violence–based on the lived experiences of gender-based violence survivors in Selangor.

As discussed by stakeholders in today’s launch, the project aims to partner with all levels of communities in Selangor to equip them in preventing and responding to domestic violence; in knowing how and where to refer survivors, family, friends and abusers for urgent action and support systems; as well as to support community safe spaces and shelters. This is done via Safe Community infographics that are viewed and consulted with the various agencies present, for clarity in messaging within Safe Community mass public outreach collaterals. Clarity builds good practices; making the survivor’s access to her full rights via government networks a norm, instead of the exception.

WAO commends Y.B. Dr. Siti Mariah Mahmud’s progressive action and commitment to keeping local communities safe through partnerships with other government agencies, local NGOs, and other critical allies from all levels of the community in Selangor.

With the Selangor State Government and key agencies’ support,WAO hopes to see a safer Selangor as a result of closer community links and rapid response network referrals to service providers and first responders in the health and criminal justice system. This includes better access to justice and protection for women and children survivors of violence.

WAO is committed to working side-by-side with the Selangor State Government and key agencies in implementing, guiding and monitoring the progress of the Integrated Safe Community Initiative, for the benefit of the people of Selangor.