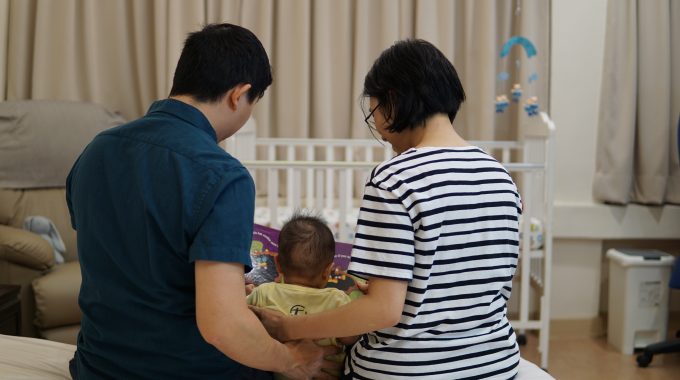 The Women’s Aid Organisation (WAO) has called for the introduction of at least seven days of paternity leave, in light of upcoming amendments to the Employment Act.

“The Ministry of Human Resources should introduce at least seven days of paternity leave for fathers in the private sector, similar to the current paternity leave in the public sector,” said Sumitra Visvanathan, Executive Director of WAO.

The Ministry of Human Resources has announced proposed amendments to the Employment Act; the latest proposal, as of March 2019, includes three days of paid paternity leave.

Sumitra further added that paternity leave is crucial in promoting shared responsibility among couples, which benefits fathers, mothers, and children.

“Paternity leave will enable fathers to play an active role during childbirth and to adjust to the monumental life changes that come with being a father.”

“Various studies show that children with involved fathers have better social, emotional and cognitive development, and perform better in school.”

“Introducing paternity leave also sends the message that caregiving is a shared responsibility. Such changes in social norms would help women to stay in the workforce.”

The Khazanah Research Institute estimates that a whopping 2,563,800 women in Malaysia were not working due to “housework or family responsibilities” – compared to just 69,800 men.

Sumitra also highlighted that keeping women in the workforce would benefit the economy.

“A 2012 World Bank report estimates that if Malaysia were to eliminate the gender gap in labour force participation, income per capita could increase by 16 per cent.”

Many countries have introduced paternity leave and it is time for Malaysia to move forward as well, Sumitra added.

According to a 2014 International Labour Organization report, 79 out of 167 countries have laws that provide for paternity leave. Both the Philippines and Singapore have two weeks of paid paternity leave.

WAO has launched a petition calling for at least seven days of paternity leave, which is available at bit.ly/rights4parents.

﻿5 Reforms to Improve Women’s Rights that Must Persist

Before the political upheaval, there had been steady progress towards reforms to improve women’s rights.…

We are a Core Humanitarian Standard member working towards accreditation.
Copyright © 2020, Women's Aid Organisation (WAO) - All Rights Reserved.
Terms & Conditions
Back To Top